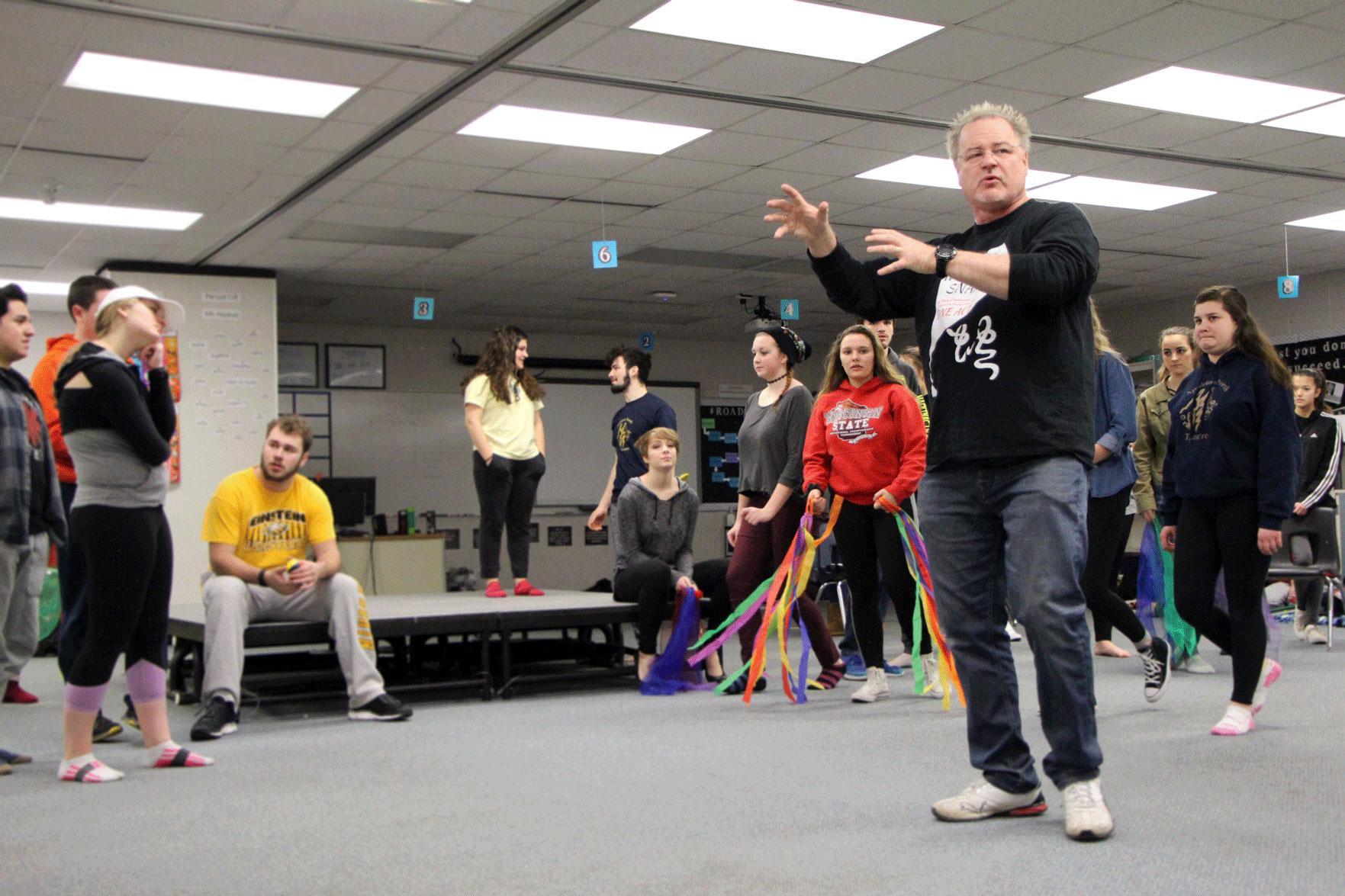 Curtain rises tonight on ‘The Hunchback of Notre Dame’

Photo gallery: Behind the scenes in making the musical come to life

The North music and theatre departments have begun production of this year’s musical, The Hunchback of Notre Dame.

Head Stage Manager Maddy Cuff discussed the aspects of the show and what to expect.

The musical is about Quasimodo’s uncle, the Archdeacon of Notre Dame, Claude Frollo. He adopts Quasimodo as a baby, but the musical focuses on Quasimodo’s life as a young adult. The play deals with “the conflicts of physical and inner beauty, and people of different religions and thought processes.”

An important thing to note, Cuff says, is that this musical is not the Disney version, but an adaptation based on Victor Hugo’s novel of the same name. “Nothing will be graphic, but there will be mature themes and references,” she said.

“It’s not like what we’ve been doing,” Cuff said. For the past three years, the musicals have been more family-friendly. “We don’t want little girls dressing up like Esmerelda like they did for The Little Mermaid.”

The show features about 80 cast members, 35 crew members, and 30 orchestra pit members. These groups worked after-school and on weekends to bring the show together.

The crew will also be working on a focal point of the set, a set of massive bells that will hang from the ceiling using a system of pulleys.

The music this year is “the brainchild of two Broadway composers,” Stephen Schwartz and Alan Menken. Cuff calls it “enchanting” and possibly better than Les Miserables, which, in the world of musical theater, is high praise.

North holds the honor of being the first amateur theatre in the nation to perform the show. This is also the first time the show has ever been performed by an amateur or professional in Wisconsin.